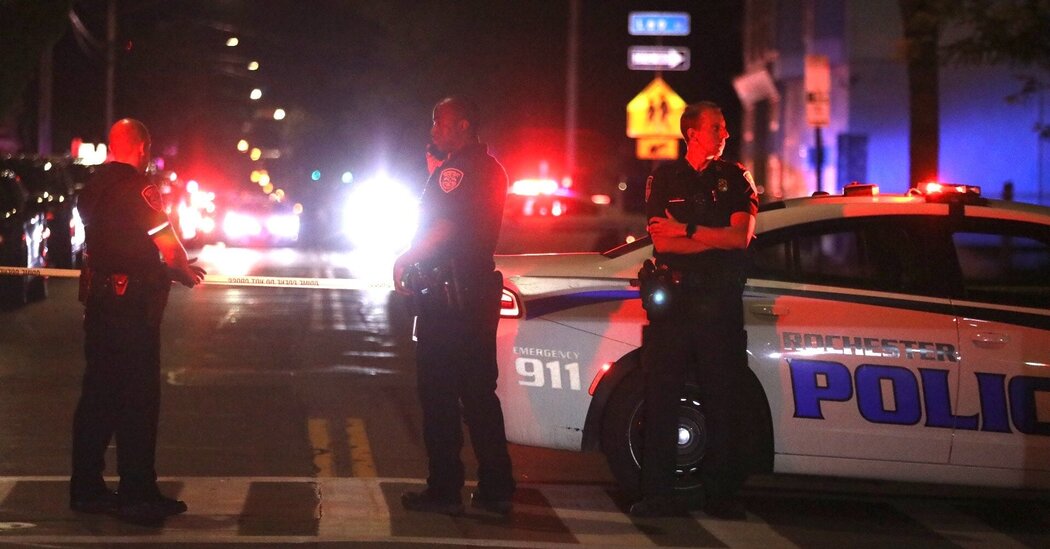 ROCHESTER, N.Y — A 21-year-old man opened fire on an unmarked police car in Rochester, N.Y., Thursday night, the authorities said, killing one officer and wounding another in what the city’s police chief described as an ambush.

The shooting, which occurred north of the city’s downtown at around 9:15 p.m., was the first time in eight years that a city officer had been slain while on duty. On Friday, the police said they had arrested Kelvin Vickers, from the Boston area, in connection with the killing; he faces several charges, including second-degree murder and attempted murder.

Investigators said a gunman approached the officers’ vehicle from behind and fired about 17 rounds while “cowardly secreting himself behind large shrubs,” according to Captain Frank Umbrino, commanding officer of the department’s major crimes unit.

It was unclear if the officers were targeted: They were in plainclothes and in an unmarked vehicle for a separate murder investigation, the police said.

The authorities identified the slain officer as Anthony Mazurkiewicz, a 29-year veteran of the department. He was sitting in the driver’s seat and struck twice in his upper body. A second officer, Sino Seng, who had been with the department for eight years, was shot in the lower body and later released after receiving treatment at a hospital, the police said.

The killing represented the latest jarring example of the gun violence that has plagued Rochester — and many cities in New York and across the nation — through the pandemic. In Rochester, the state’s fourth largest city, more than 200 people have been shot so far this year.

And the murder of a police officer comes in the wake of elevated tensions between law enforcement and residents following high-profile episodes of violence such as the pepper spraying of a 9-year-old girl by officers last year and the 2020 death of Daniel Prude, a Black man who died after officers placed a mesh hood over his head and pinned him to the ground.

For some in this city, the news prompted a mixed reaction, injecting fresh anxiety into their lives — but also arriving at the end of an already violent week, which included a Wednesday morning shooting that left one injured and two dead, including a 19-year-old.

“You get used to it,” said Rubin Green, 84, who lives near where Officer Mazurkiewicz was killed. “We’ve been dealing with this, losing people — and it ain’t stopping.”

The shooting was the first time a Rochester officer had been killed while on the job since 2014, when Officer Daryl Pierson was shot while chasing a suspect on foot. He was struck by a bullet about one block away from where police said Officer Mazurkiewicz, 54, was attacked.

Authorities said Mr. Vickers was detained within an hour of the shooting on Thursday after canvassing officers noticed that someone had entered a vacant house near the site of the attack. Mr. Vickers was found in the home’s second-floor “crawl space,” Captain Umbrino said.

Isabel Rosa, who works for the anti-violence group Rise Up Rochester, said that gun violence had rippled through the lives of most longtime residents, no matter how far removed they were from the weapons. The shooting of the officers Thursday offered the latest example: A 15-year-old girl was struck when three bullets flew into her home, the police said.

A round grazed her as she dove for cover, but she did not face life-threatening injuries, the police said.

“I don’t think there’s anybody who can say they don’t know someone or that it hasn’t happened in their neighborhood,” Ms. Rosa said.

Ms. Rosa added that while many places nationwide were navigating similar issues, in Rochester, some problems were magnified.

“Rochester is unique,” she said. “With our politics. With our school system — it’s embarrassing. With our individual communities — they’re siloed and separated. And there’s a huge gap between the community and law enforcement. We have some unique culture stuff that contributes to why we’re here.”

The police shared few details about the lives of Officers Mazurkiewicz and Seng on Friday.

Officer Mazurkiewicz, who was married and had grandchildren, was known warmly as “Maz” among colleagues, Captain Umbrino said.

On Friday, Mr. Seng, 37, was “recuperating from his injuries with his wife and children,” the police chief, David M. Smith, said.

Hours before the shooting, Rochester’s mayor, Malik Evans, had declared an unrelated “gun violence state of emergency,” a move that Rochester’s previous leader also took last winter in response to the city’s spike in shootings.

Rochester, with a population of about 210,000, sits in one of the poorest metro areas in the nation — something that experts note can become an underlying cause of violence. The area’s median household income is just over $37,000 and about 30 percent of the city’s population live in poverty, according to census data.

The city also lies on the northern end of Monroe County, which last year saw the second highest rate of violent crime with firearms in New York, after Bronx County, according to the state’s county-level crime data.

“This latest murder is the product of a violent culture that has permeated our streets and is terrorizing our neighborhoods and the neighbors within them,” he said.

Fewer than 175 people in Rochester were injured by gunfire in both 2018 and 2019. But last year, Rochester reported nearly 420 victims.

Even as the number of shootings have begun to fall slightly — with the city on pace to finish the year with fewer shootings than 2021 — the totals have stubbornly remained above their prior levels.

And the neighborhood where Officer Mazurkiewicz was killed, a largely residential section on the northern side of Rochester, is one of those that has borne the brunt.

“I’m tired,” said Sirena Cotton, 54, who lives about two miles from the shooting site. “I’m tired of all the violence”

The pace of life in the area — largely filled by small two-story homes with worn exteriors — was slow on Friday. Several blocks away, a few neighbors moved slowly through modest delis, smoke shops and convenience stores.

Throughout Friday, several officers searched the area where the gunfire occurred, cordoning off blocks with police tape.

For Ms. Cotton, the persistence of violence has taken a toll. About 15 years ago, her teenage son was killed by gunfire. And just last week, her 19-year-old cousin was fatally struck in a drive-by shooting.

“I can’t even put it in words what’s been going on,” Ms. Cotton said. “They’re shooting up houses. Shooting at random people.”

“It’s a game to them,” she added. “It’s not a game to us folks who are going through pain.” 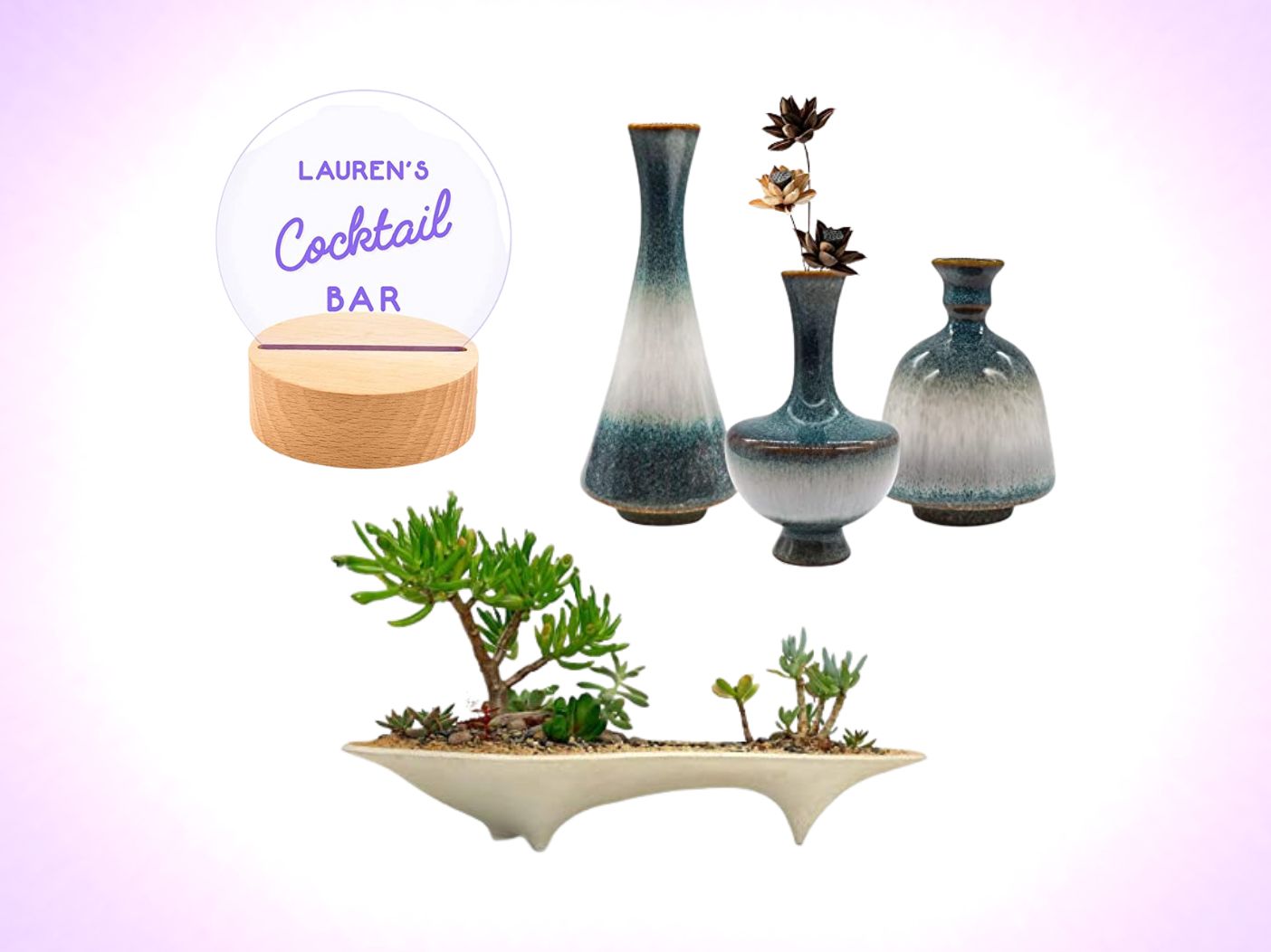